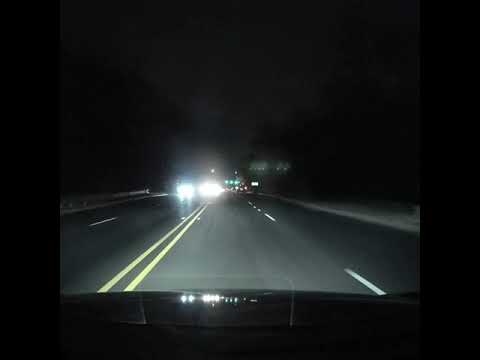 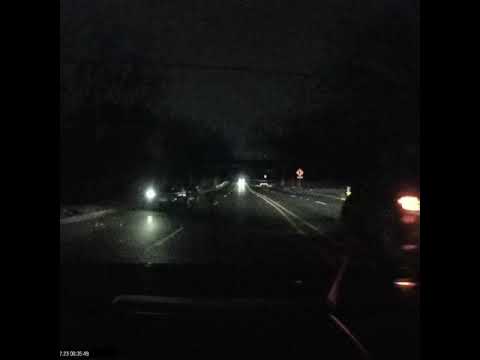 Two different vehicles struck two different deer within seconds of each other just south of the BNSF railroad bridge in Riverside on the night of Dec. 22. (Courtesy of the Riverside Police Department)
< >
< >

Riverside's police chief is warning motorists who plan to drive on First Avenue, particularly at night, to be aware that deer may dart across the roadway at any time.

The warning comes after two vehicles struck two different deer within seconds of each other as the animals ran across First Avenue into traffic just south of the BNSF railroad bridge on Dec. 22 at 11:40 p.m.

"Deer activity and the likelihood of deer-vehicle collisions increase between October through January during deer mating season," said Chief Thomas Weitzel in a press release. "So, as we get closer to the end of the year, please be more aware of deer crossing roads, especially at night."

Video cameras mounted at the front and rear of the first vehicle, a 2013 Lexus, captured both collisions. The 27-year-old Chicago man at the wheel of the Lexus and his 27-year-old female passenger were not injured.

First a deer darts in front of the Lexus, causing the driver to slow down after impact and veer across the centerline before pulling over to the right. Just moments later, the Lexus' rear camera shows a deer running directly in front of a 2017 Chevy, also heading south just behind the Lexus.

The 20-year-old Westchester woman at the wheel of the Chevy reportedly sustained non-life threatening injuries and was taken by paramedics to Loyola University Medical Center for treatment.

Police in a press release recommended ways to reduce the risk of hitting a deer while driving, including reducing speed and watching for deer at the edge of the road, especially at dawn and dusk.

If a deer crosses in front of you, slow down and expect others to follow, since they often travel in groups. Make note of where you've seen deer before if you drive the same stretch of roadway often.

If you see a deer in the roadway ahead of you, don't assume it will run off as you approach. They may bolt in any direction without warning.

If your vehicle does strike a deer, call 911 and don't attempt to remove an injured animal from the roadway.

Cook County Leads Illinois in Deer Collisions. https://news.wttw.com/2020/10/01/cook-county-leads-state-deer-collisions-watch-out-we-reach-peak-crash-season Obviously , everyone should be aware of this danger. Experts advise these best thing to do if a collision appears imminent , is NOT to swerve but hit the deer. A sudden stop or swerve on a busy street is dangerous because traffic is traveling at an increased speed. the best long term solution is to reduce the number of deer through a culling program.

It may be helpful to install some Deer Crossing signs along that stretch of 1st Avenue to warn drivers.

What little, that I "learned", about Social...

On: Education bill to revamp social...

The problem is that facts are frequently discarded...

The hypocrisy and lack of self-awareness these days is...

@Matt Leuck I'm afraid it is much more complicated...

My Florida friends over 65 have all been vaccinated at...

Jan is going by the left's playbook: She wants to...