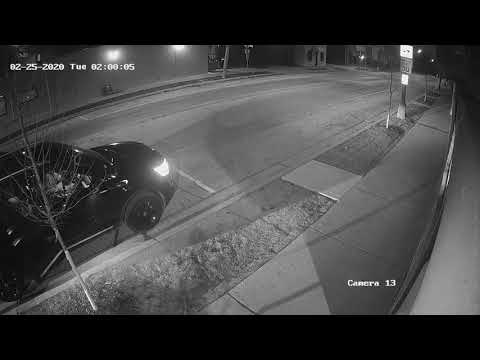 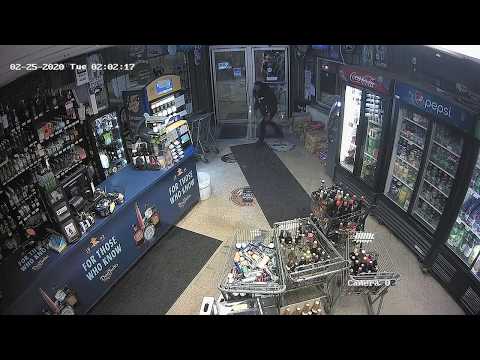 A man knocks over the ATM inside Leo's Liquors while another jumps over the service counter during a smash and grab burglary in Brookfield during the early morning hours of Feb. 25. (Photo courtesy of the Brookfield Police Department)
< >
< >

Burglary crews targeting ATM machines continue to plague the Chicago suburbs, with at least three taking place overnight on Feb. 24-25, including one in Brookfield, according to Police Chief Edward Petrak.

Officers responded to Leo's Liquors, 9154 Broadway Ave., at about 1 a.m. on Feb. 25 after someone called 911 to report a suspicious noise. Police arrived to find two dark-colored SUVs, a Mercedes-Benz and a Ford Explorer, parked in front of the business.

Seven people were seen entering the SUVs, which fled the area at high speed. Officers shortly terminated their pursuit and lost sight of the vehicles, which were traveling "at a high rate of speed with blatant disregard for public safety," according to police.

The 2018 Mercedes-Benz GLS had Indiana license plates and had been reported stolen out of Franklin Park on Feb. 23.

Back at the liquor store, investigators found the glass front door to the business shattered. The ATM taken from the business was found lying in the street.

Surveillance video from cameras inside and outside the business show a vehicle driving up and then several people entering the business through the shattered glass door. One man can be seen knocking over the ATM and then ripping out the cord while another man pulls the machine through the door.

Another man can be seen jumping over the service counter and rummaging around behind the counter in the vicinity of the cash register before the short video clip ends.

Petrak said that in addition to the incident in Brookfield, similar burglaries were reported overnight in Hodgkins and Forest Park.

Of course, they got away, even if their caught red handed like at the laundrymat, BPD never catches anyone, EVER

Try this live link it changes oftern during the day....

Erin, there is no other link that I know of. We have...

Is there another link for this tracker? It's been down...

I'm with Earl Hickey on this. Nothing says...

I'm happy to welcome everyone to Riverside,Helen,...

I would prefer seeing the voting results in a chart...

Our local first responders should assume all are...

I'm surprised there aren't more in Riverside. I drive...